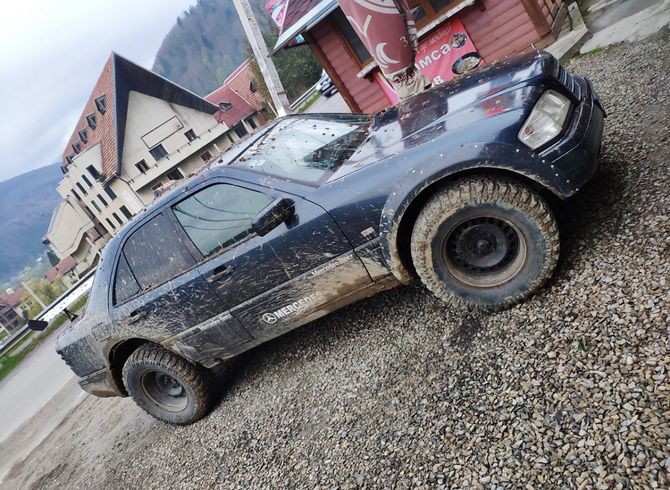 Mercedes W202 or Mercedes-Benz C-Class first generation familiar to Ukrainian consumers for many years. The owners often spend tuning their pets, trying to make them more beautiful and versatile. There are altogether unique improvements. A vivid example is the Mercedes W202 from Mykulychyn village (Ivano-Frankivsk region), whose owner made an SUV from a car. An exclusive photo of the car was posted on the portal TopZhyr.

The drive, however, remained classic, to the rear wheels, but the terrain geometry was significantly improved. For this spring suspension equipped with air bellows. In addition, they put a “toothed” “shoe” of an increased size, for which they installed plastic e-fenders in front. But any protective moldings on the body or bumpers are not noticed, if any protection under the bottom is also unknown. But on the trunk lid there is a spoiler in the spirit of rally cars.

Fill the form and we will find the perfect car for you!